Which Polis Appointee Is Being Brought up on Charges?

Remember that Polis appointee who called me a “piece of sh*t” and said I “couldn’t tell the difference between my ass and a hole in the ground?” She was the lady on the State Veterinary Board who said Colorado ranchers are lazy and use their cattle as bait for wolves. Well, this anti-meat, vegan activist, and dear friend of Jared Polis’ husband is being brought up on 13 charges of animal abuse.

She is just another example of the nuts and extremists Polis had appointed to regulate our once freedom-loving state into California. Read my latest about it HERE. The story is as delicious as a medium-rare T-bone steak.

Whenever there is a confirmation battle for a U.S. Supreme Court nominee, Shayne Madsen, our General Counsel and Director of our Political Law Center (aka the lady who keeps me out of jail), goes into full crazed-sports-fan-mode. It’s more than just your March Madness Final Four kinda nuts. It’s more like the belligerent father at his eight-year-old’s Little League game after a couple of six-packs getting into a fistfight with the coach kind of cray-cray.

“Who prepped that senator with that useless, stupid question?!” “He obviously never read the full ruling on that case, you hack!” “Down in front!” “You want to throw down? Oh, I’ll throw down! Bring it!”

Anyway, we at Independence Institute are following the confirmation proceedings of Biden’s Supreme Court nominee Judge Katanji Brown Jackson. Shayne wants you to know the Committee for Justice recently released a great panel discussion surrounding the confirmation which you can find HERE. Better than March Madness.

In the latest episode of Devil’s Advocate, I sit down with Ed Warner, noted philanthropist and conservationist, who sits on the Board of Directors of the Sand County Foundation. We talk about his career as an exploration geologist and how he discovered the third largest natural gas accumulation within the continental United States. Since leaving the natural gas business, he pursues philanthropy full-time with major gifts to Colorado State University, Sand County Foundation, Colorado Cattlemen’s Agricultural Land Trust, and other effective institutions. He received an honorary doctorate from Colorado State University and is the author of Running with Rhinos: Stories from a Radical Conservationist. 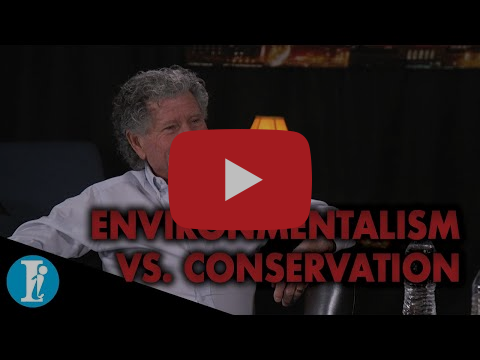 And Reporter Sherrie Peif takes a look at just how transparent the ‘opt-out’ notice for the now automatic state parks pass fee will be when licensing a car.

The Colorado Civil Rights Commission is trying to force a conservative Christian web designer to design websites for same-sex marriages. She’s fought it all the way up to the U.S. Supreme Court. Rob Natelson, our Senior Fellow in Constitutional Jurisprudence, has a column in the Epoch Times explaining why the court should rule in favor of the web designer. You can read it on the II website HERE.