Hi, I’m Piper Caldara. For years, my dad has written an annual email asking you for help fundraising for the Courage Classic to support Children’s Hospital Colorado, but he thought this year, since he is exploiting me as an Independence intern, perhaps I should tell the story of my two siblings and Children’s. When I was born, I came into this world in the shadow of something much larger than myself—the death of my older sister, Parker.

I was born less than a year after she passed from an extremely rare form of cancer, and I was never able to meet her. I have spent my entire life wondering what it would have been like to grow up by her side and dreading the question, “How many siblings do you have?” Not wanting to receive pity, I would not include my sister and just tell people I had one, but it always felt like I was telling a lie.

Parker was diagnosed at Children’s, and even though she was treated with extreme care and compassion while she was there, it is a place my parents would have never gone back to if they had a choice.

That changed when I was a year old and my brother Chance was born. He was a bit different than other babies I had seen; he had Down syndrome and a long list of health issues, including a congenital heart defect.

When facing these potentially life-threatening complications, my parents knew there wasn’t a better place to oversee my brother’s complex care than Children’s. They returned to the place that held their worst memories so I could keep my brother. In his 18 years of life, he has undergone over a dozen surgeries, including open-heart surgery at one month old, all performed by the doctors at Children’s. Throughout my childhood, I would join my brother and parents for some of the many appointments my brother had at Children’s. I always thought of the “building with the blue boy” as a place full of friendly people who helped my brother feel better. On the other hand, my parents always seemed uncomfortable when we entered the hospital.

In my younger years, I believed it was solely out of fear for my brother, but as I got older, I understood their reaction better. Children’s is where, just a few years prior, they had received the death sentence of their only child at the time. It took my parents years to begin to see that it is a place of healing; I don’t know if they will ever be able to see it as I do. To me, it is a place for which I will forever be indebted; if it weren’t for the amazing people who go in to work every day to face horrors most of us could never imagine, I would have had to watch my parents bury another child. So that brings us to the real reason for this email.

Every year, our family friend and Dad’s Independence Institute colleague Tracy Kimball Smith captains Team Parker, a mix of family, friends, and II employees who participate in the Courage Classic. For those of you who don’t know, the Courage Classic is an annual multi-day bicycle tour that brings people together to raise money for Children’s Colorado. 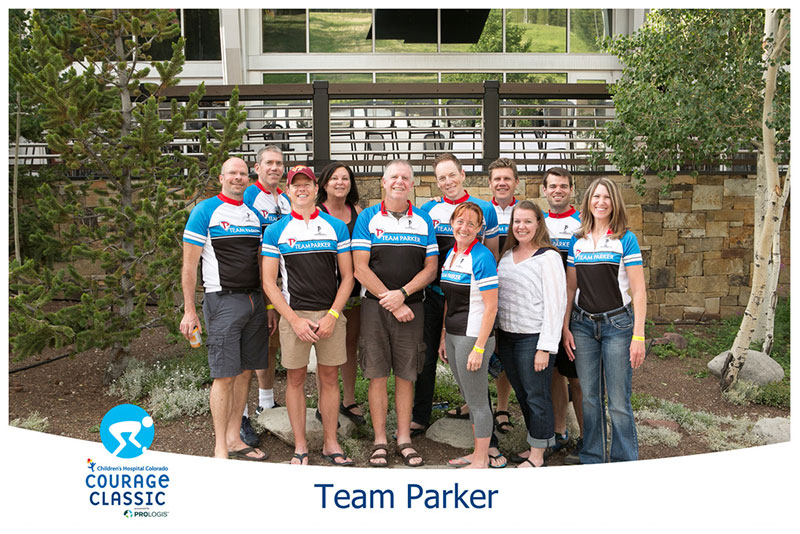 And each year, Team Parker faithfully rides this event to keep my sister’s legacy alive. By supporting Team Parker, you would not just be helping Children’s raise money for research and equipment; you would be ensuring people like me get to keep our siblings. So please consider donating before the ride on July 16th, using the link below.

Thank you for your support!