Did you have the same feeling I did watching the Colorado election results come in last night? Kind of that sense of waiting to see what the grade is on your school group project—knowing you did your part right, but worrying that everyone else screwed it up.

Among the disappointments was the defeat of Proposition 120, which would have lowered property taxes. You’d think this was a no-brainer. Well, it would have been IF the progressive Colorado legislature, after learning this citizen’s initiative would make it on the ballot, did not pass a bill to undercut it.

Our fiscal policy expert, Ben Murrey, explains just how they did it, and how last year’s repeal of our Gallagher Amendment let it happen. This is an important read to understand how duplicitous our elected officials are.

Californian of the Year 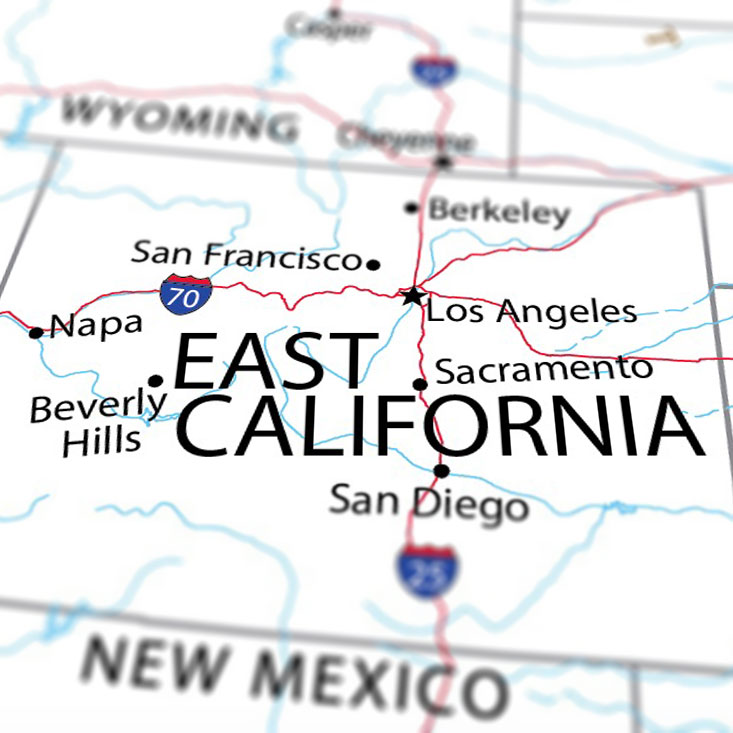 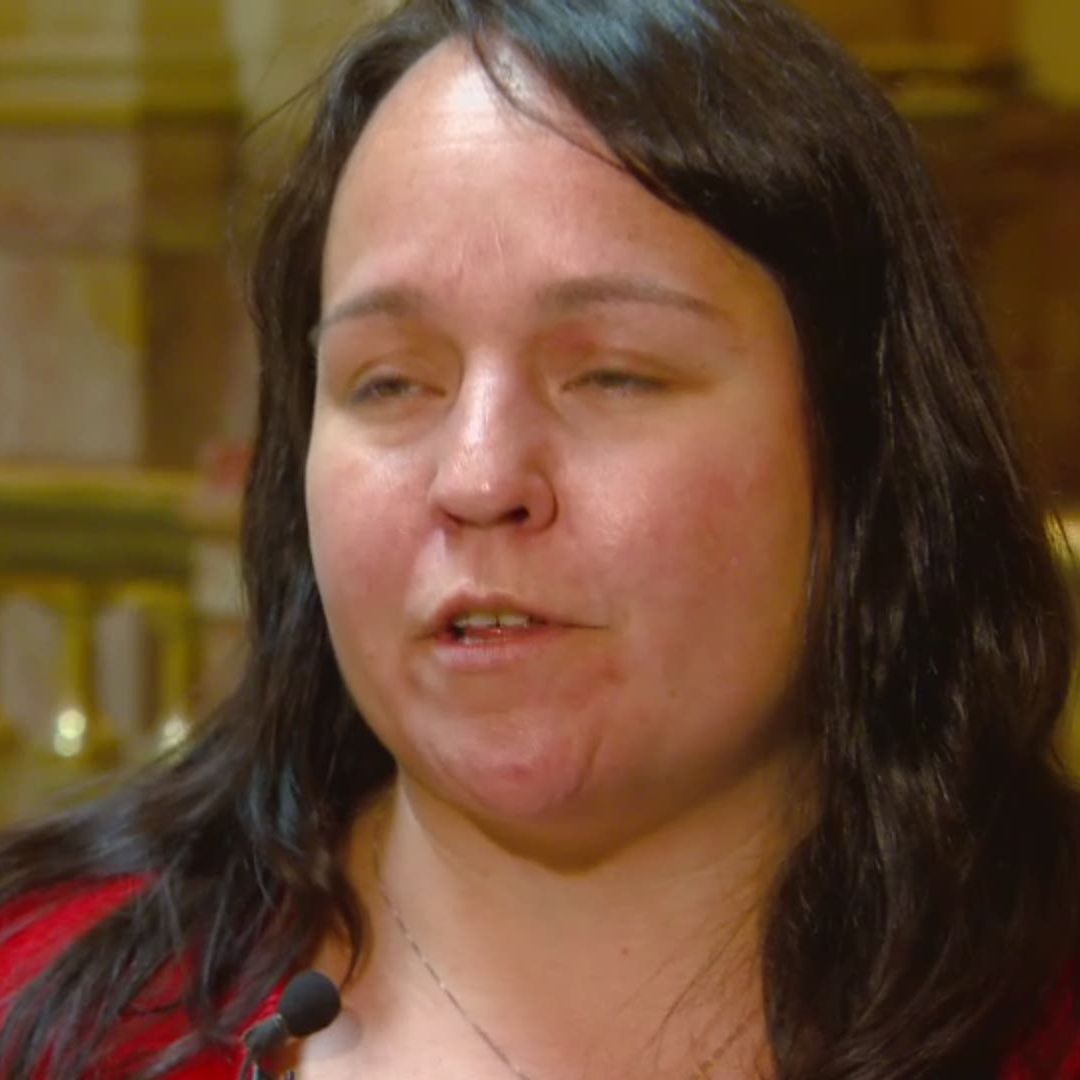 Unless your subscription to People magazine is suspended, you know that Senator Faith Winter won our coveted Californian of the Year award. Here’s my full write-up about it.

I recently had the most fascinating conversation with Mike Gonzalez of The Heritage Foundation about his research into Black Lives Matter organizations and leaders and their ties to Marxism. This is worth the watch! 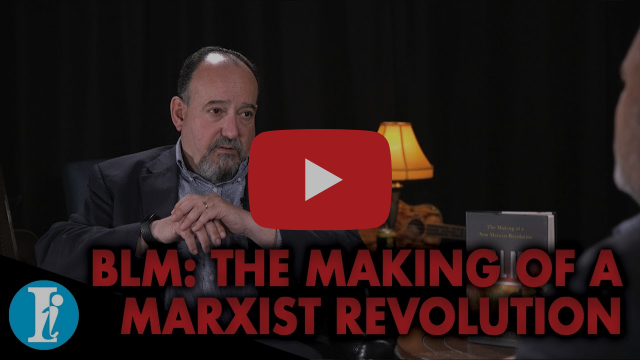 As the Supreme Court gets ready for oral argument in a defining case on the right to bear arms, our Dave Kopel is writing articles about the case for Reason magazine’s “The Volokh Conspiracy” blog, and for The Federalist. This week, in an event hosted by the National Constitution Center (NCC), he debated former U.S. appellate Judge J. Michael Luttig. The one-hour debate is available as a podcast from the NCC’s website.

Vandalism at the Freedom Embassy

I TOLD you you should have come to our Floor Signing Happy Hour last week. You could have left your own message for the next generation when they have to rip up the floor. Here are a few choice “tags.” 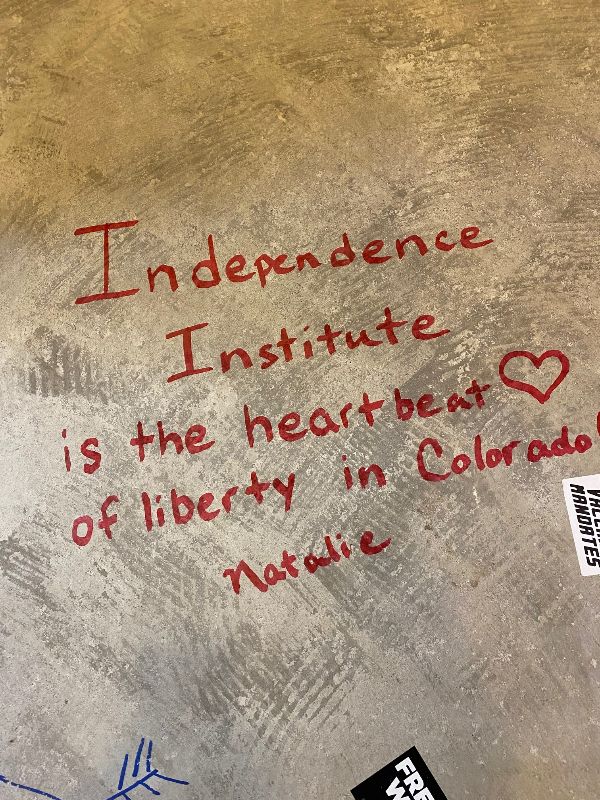 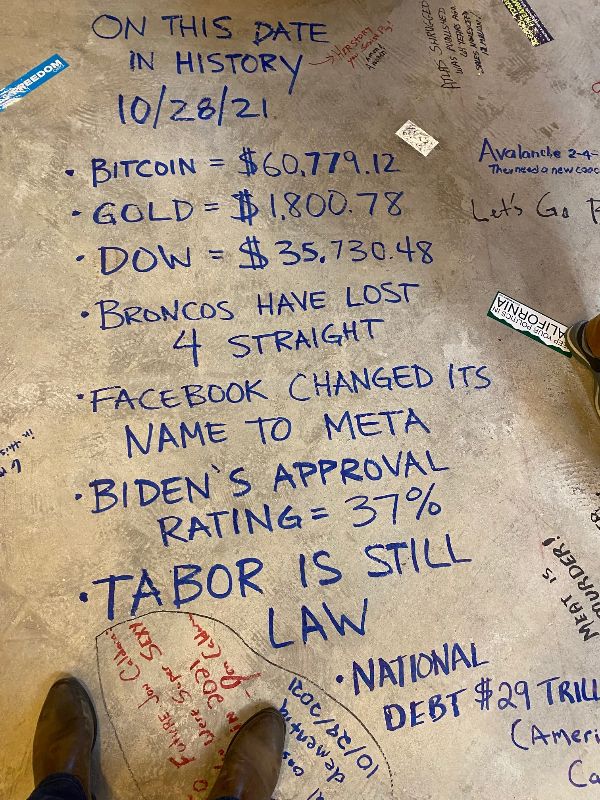 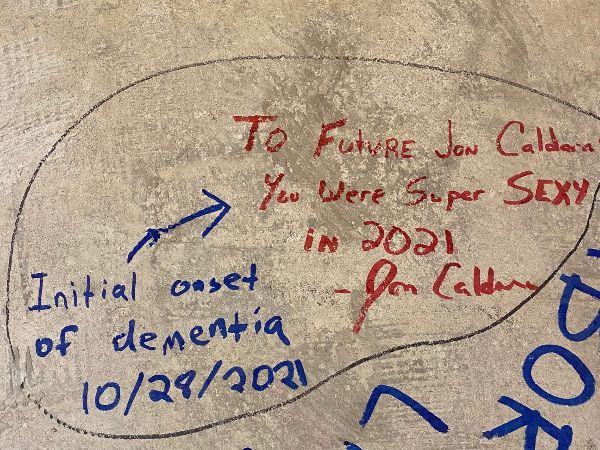 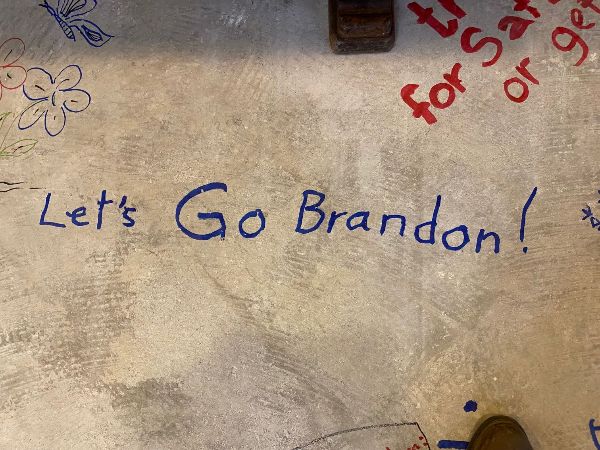 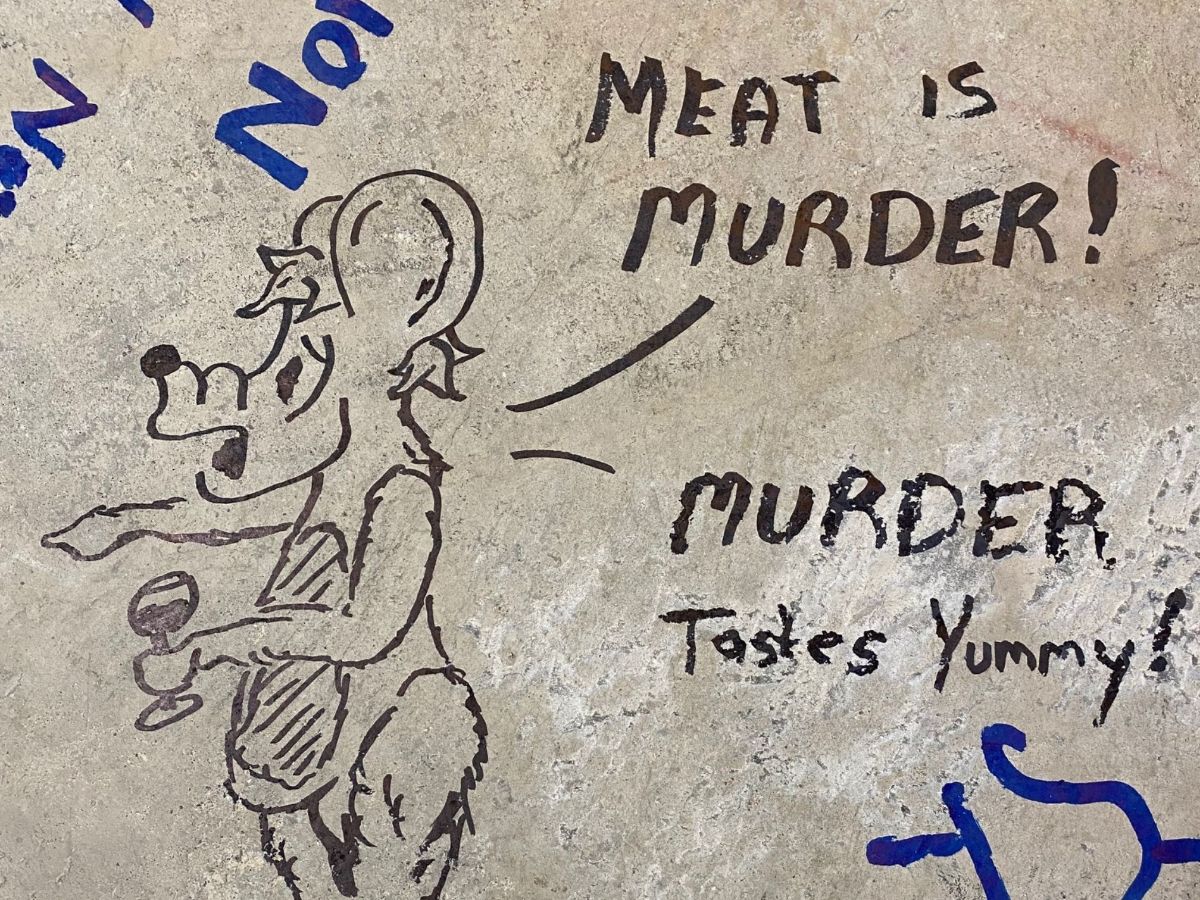