Ukrainians Will Fight in the Street, Will You Fight in Your Backyard?

That said, watching the brave people of Ukraine fight in the streets to regain their freedom inspires all of us at Independence to work even harder defending the liberties we have and regaining what we have lost here in Colorado.

Speaking of the fight for liberty, please take a moment to read my latest on how our governor’s minions are pushing his command and control eco-cronyism on the people who lost their homes in the Marshall fires.

Neal Shah, Trustee of the Town of Superior, sits down with me to discuss what the town is doing to help alleviate the costs of rebuilding after the Marshall Fire. 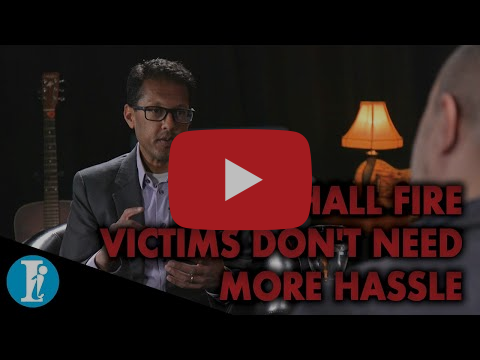 Complete Colorado asked supporters of the various Republican hopefuls for U.S. Senate to submit guest columns, making the case for their preferred candidate.

Most of government in Colorado happens on the local level. Maybe a better way of saying that is, most of the awful crap government does to us happens from local government.

Every city, county, and special district in Colorado has citizen-led boards and commissions that affect public policy. These boards have, at a minimum, a fiscal impact on you as a taxpayer; often they have rule-making authority that can affect your private property rights.

If you have ever wanted to participate in government without being elected, now is your chance. Elected officials have appointment power for these boards, and with this past election cycle in 2021, there are many openings.

“Serving on a local board or commission is an ideal way to make a big impact on your community and to understand how your local government operates,” said Councilman Don Sheehan of Centennial.

I am convinced that Aunt Bee from Mayberry R.F.D. was on the library board. She knew what was happening in her community. She not only knew the inner workings of the library board, but she passed on the idea of civic engagement to Andy and Opie. Perhaps we too should listen to Aunt Bee.

On February 24, 2022, Rob Natelson, our Senior Fellow in Constitutional Jurisprudence, remotely taught a class on federalism for the American Studies Program of Birmingham City University in England. This is the second time he has done this.

Rob also has been interviewed by numerous journalists recently, including for liberal websites such as Salon.com and for the Ohio Star, Tennessee Star, and Dakota Leader. His two most recent columns in The Epoch Times discussed (1) reforms necessary to ensure that government pandemic overreach does not happen again and (2) Democrat efforts to disqualify Trump supporters from Congress on the ground that they are “insurrectionists.”